In an anticipated move, the Federal Reserve cut the federal funds rate on Wednesday, decreased to the 2 percent to 2.25 percent range—a bid to preempt a possible recession.

Why?
At the conclusion of the Fed’s June meeting, the agency had hinted at a rate reduction, citing indicators of a slowdown and the trade war. In December, the policymaker raised rates, but had yet to increase them this year, adopting a more “patient” stance.

According to analysts, the Fed’s rationale is simple: cut rates today, while the economy is expanding, instead of at the onset of a recession, when there is less margin to work with. The current economic expansion hit a milestone recently, as the longest on record, and employment figures remain strong—an area critics of the decision have pointed to.

“In light of the implications of global developments for the economic outlook as well as muted inflation pressures, the [Federal Open Market] Committee decided to lower the target range for the federal funds rate,” according to a Federal Reserve statement. “This action supports the Committee’s view that sustained expansion of economic activity, strong labor market conditions, and inflation near the Committee’s symmetric 2 percent objective are the most likely outcomes, but uncertainties about this outlook remain.”

The action, although expected, is somewhat uncommon—the Fed hasn’t lowered rates since 2008. With its statement on Wednesday, the agency could further lower rates this year.

“The Fed continues to try to interpret conflicting signals from the economic data,” says Mike Fratantoni, chief economist at the Mortgage Bankers Association. “The statement signaled that the Fed will continue to be data dependent, and that this cut does not lock them into a path of future rate cuts—but we expect they will cut rates once more this year and once in 2020.”

What About Mortgage Rates?
We’ll barely feel it, experts say—at least in the short term.

“The Fed rate cut will have little to no effect on the housing market,” says Tendayi Kapfidze, chief economist at LendingTree, explaining that “in the last rate-cutting cycle that started in 2008, the Fed funds rate was cut by a total of 525 basis points, and 30-year mortgage rates fell just around 180 basis points during [that time, with] a peak-to-trough decline of about 330. Mortgage rates are already down by over 100 basis points since November, so it’s unlikely they will change significantly because of a Fed funds rate cut.”

“The reduction in the federal funds rate will not lower mortgage rates appreciably from current levels due to the fact that markets have already priced in much of the effect,” says Robert Dietz, chief economist at the National Association of Home Builders.

According to Freddie Mac, the average 30-year, fixed mortgage rate is 3.75 percent—a low not seen since 2016.

As for mortgages with a variable rate?

“The prime lending rate automatically gets lowered due to the Federal Reserve’s cut to the short-term fed funds rate,” says Lawrence Yun, chief economist at the National Association of REALTORS®. “Many borrowers will benefit, especially those with adjustable-rate mortgages and commercial real estate loans.”

“Variable-rate mortgages should see some small declines in rates, as they are more closely related to the short end of the rate curve,” Kapfidze says. “However, the marketshare of [adjustable-rate mortgage] loans is now very small, about 5 percent, so their significance to the housing market has declined.”

In the longer term—and if the economy maintains momentum—experts foresee increases in rates.

“If the Fed’s policy move has its intended consequence of boosting inflation and maintaining the expansion of the economy, we should actually expect to see mortgage rates increase,” says Ruben Gonzalez, chief economist at Keller Williams. “Mortgages rates track 10-year Treasury rates fairly closely, in contrast to the shorter-term rates the policy change will push down. Increasing inflation and growth expectations will likely result in upward pressure on 10-year Treasury yields after months of declines.

“Rising mortgage rates could put a damper on an already slowing housing market, but the continued expansion of the economy and incomes are going to be the real drivers of the market,” Gonzalez says.

“[Our] forecast is for mortgage rates to hold steady in the neighborhood of 4 percent over the next few years,” says Fratantoni. “This should provide ongoing support for homebuyers by increasing affordability, particularly in light of the slower pace of home-price growth we have seen so far this year.”

What Now?
During economic expansions in the past, when the Fed lowered rates, stocks surged—and with the decision on Wednesday, analysts are expecting the markets to react similarly.

As for the average consumer’s response? When asked if they’d borrow more if rates were reduced, just 26 percent of Americans were more likely to, according to a Bankrate survey.

“Low interest rates will partly help with housing affordability over the short term,” Yun says. “Both rents and home prices have been consistently outpacing income growth. The only way to mitigate housing cost challenges as a long-term solution is to bring more supply of both multifamily and single-family homes to the market.”

“As the Fed pivoted from raising rates in 2018 to now cutting rates in 2019, mortgage rates have dropped from levels above 5 percent in November to levels below 4 percent now,” McBride says. “That represents meaningful savings for home shoppers. The problem is that there’s not enough home shoppers and not enough homes on the market for sale. The economy continues to get better each year, but we sell fewer houses. That is a head scratcher.”

Construction could ramp up, however, if borrowing costs decrease with the Fed’s latest move. For some time, building costs have hindered housing starts, along with regulatory restrictions and a shortage of workers.

“The housing affordability challenge remains due to the fact that home prices and construction costs have outpaced income gains in recent years,” Dietz says, also noting that “while much of the focus of interest rates is justifiably set on mortgage rates, lower interest rates also benefit the cost of credit for land developers and home builders. In a time of ongoing tight inventories, lower rates for development and construction will help ease supply constraints.” 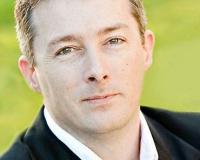 COVID19 COULD HELP STABILIZE PHOENIX AREA HOME PRICES - Take a look around, and it appears
Equity Builders - Building equity in your home is a
Rates Are At A 3 Year Low - According to Freddie Mac, mortgage
More Buyers Less Sellers - Arizona is seeing record amounts

In just a few seconds, you will be searching just like a Realtor®

CLIENT SERVICE GUARANTEE: American Allstar Realty is committed to providing every customer with the highest level of service. As your agent, I promise to always remember that YOU are the most important person in the transaction. At American Allstar Realty, we believe that communication is the cornerstone to a successful transaction. Please feel free to communicate your wants and needs to me as frequently as possible. If I am ever unavailable to receive your call, I promise to return your call as soon as possible; normally in less than one hour.

Buying or selling a home is about much more than just the price you pay for a piece of land. Selecting a property to become your home or place of business is what it is really about, and that's why I enjoy helping my clients buy and sell real estate. My clients come to me because of my knowledge of the industry and my familiarity wi th the area. I can help you find that "dream" home. Call me today and let's get started!

To navigate the complex decisions involved in today's real estate market requires the guidance of a professional. I am committed to service with an emphasis on accountability, reliability, timeliness and enthusiasm. I provide my clients with all the information necessary to help them make real estate investment decisions throughout the changing market cycles.

A successful real estate transaction is built upon the strength of relationships and the experience of how to get things done. I am well respected by my peers, and have developed invaluable working relationships with other professionals in my industry such as title companies, attorneys, lenders and appraisers.

Take a look around, and it appears the housing market in the Phoenix a

Building equity in your home is a great way to accumulate wealth, but

Rates Are At A 3 Year Low

According to Freddie Mac, mortgage interest rates are the lowest&

"Kelley kemmis for the win. Getting a realtor who is patient, knowledgeable, and able to give you a flawless and amazing experience from the start is a rare thing.. BUT.. enter, Kelley kemmis. She is all of that and more. Multiple successful closings for numerous of my close friends is enough proof that her competence in the industry is unsurpassable. She is a 5 star realtor, and will give any client what they deserve and get you in to the home you've always dreamed of."

This is a list of your favorite properties. We will email you if a property is reduced or leaves the market.

This message will go directly to the head of our team.